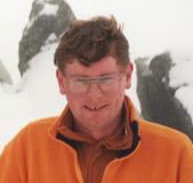 I am based in a quiet corner of the UK and worked for 20+ years in the aerospace industry in the research and development fields, both as a design engineer and project manager. It was a lot of fun, playing with big boys toys, coordinating international projects, working abroad and travelling the globe business class. However, after becoming ill with a rather rare and debilitating condition, I reluctantly had to take medical retirement and my glittering career came to a shuddering halt.

As a result of the retirement I suddenly found myself with more spare time than I was used to, combined with a limited physical ability to fill it. One of the things that now fills that time is model making. The activity isn’t new to me though; I’ve been making models on and off since I was about 8 years old with varying degrees of fidelity, though hopefully the general trend is up. However, I now have the time and inclination to indulge myself fully.

This site was set-up as a means of making pictures of my models and build threads available to friends who were interested in them rather than boring everyone to death on Facebook and elsewhere. If anyone else enjoys them then all the better.