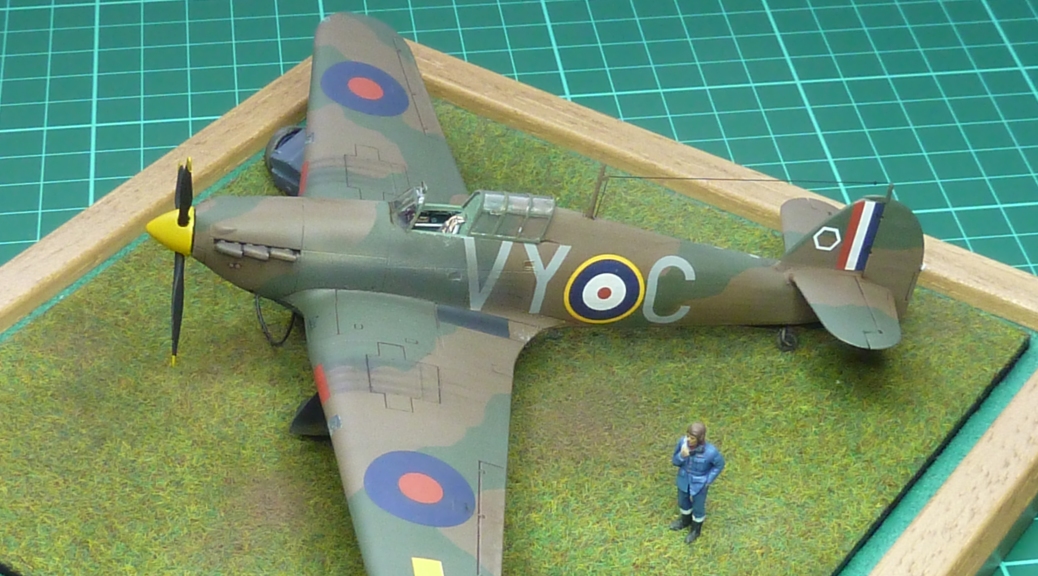 Airfix had recently released a newly tooled Hurricane Mk.1 with the early fabric wings. A friend said they’d like a Hurricane model so I thought I’d have a go at it.

A detailed account of the build is available here.

The model has been augmented by Eduard’s photoetch set, a trolley acc, pilot figure and resin 5 spoke wheels. 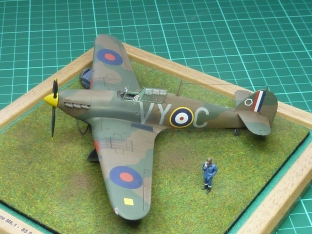 Having completed the model for my friend I liked the finished result so much I decided to make another for myself. Instead of the Acc trolly I included Airfix’s 12hp Standard Utility van which comes as part of their WWII RAF Vehicle Set (kit number A03311). 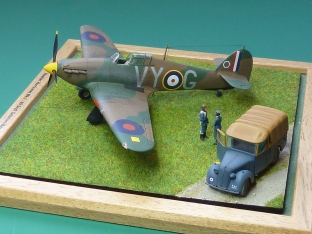