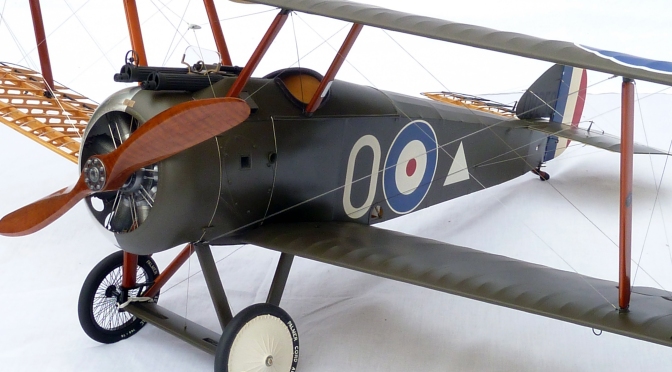 Having built the first 1:8 scale Hasegawa Sopwith Camel kit, I was given the opportunity to build a second as a commission. Not surprisingly the build was much the same as the first model, though I did take the chance to add quite a bit of extra detail and improve the rigging in particular. The improvements are covered elsewhere in the blog section of this site.

The covered half of the model is painted in the colours of the Elliott White Spring’s Camel. He was an American who joined the RFC early in the war and flew SE5as with 85 Squadron. He later transferred to the 148th Squadron of the USAS where he flew this Camel. He was credited with 16 victories in total by the end of the war.

For a more detailed description of him have a read of the entry on The Aerodrome.